Teklas, a Turkish company operating as a global automotive supplier, opened a new auto parts plant in the south of Serbia with a ceremony attended by Serbian President Aleksandar Vucic. Teklas plans to employ 2,500 people in Serbia at the end of the next 5 years. 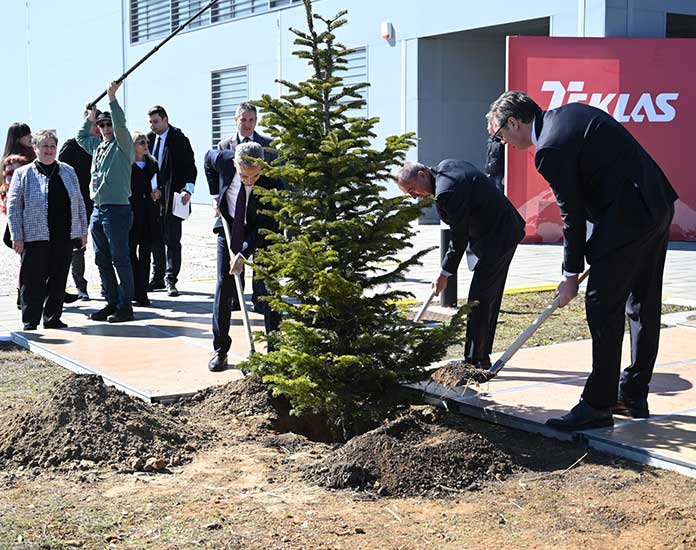 Teklas, having production plants in Turkey, Bulgaria, Serbia, China, Mexico and America, opened its second plant in Serbia. Serbian President Aleksandar Vucic, Turkey’s Ambassador to Belgrade Hami Aksoy and Teklas CEO Nebi Anıl attended the opening of the new plant. During the opening ceremony of the plant, Teklas gave the good news of the new investments they are planning to make in both Vladicin Han and Vranje regions, and it was announced that a total of 1,500 people would be employed. Employ 2,500 people is among the 5-year targets of Teklas. 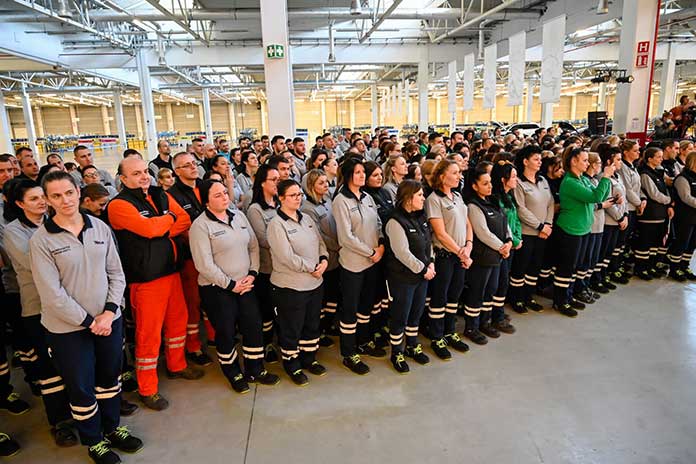 “PEOPLE WILL GET HIGHER SALARIES”

Having reminded that the employees were victims after the closure of the Italian company Geox, Serbian President Aleksandar Vucic said, “We called Nebi Anıl. We asked him to open a plant instead of the company that was closed to him and they did not refuse us. Compared to Geox, people will be paid about 100 to 120 percent higher salaries. The Serbian state will continue to provide a basis for increasing such investments.” 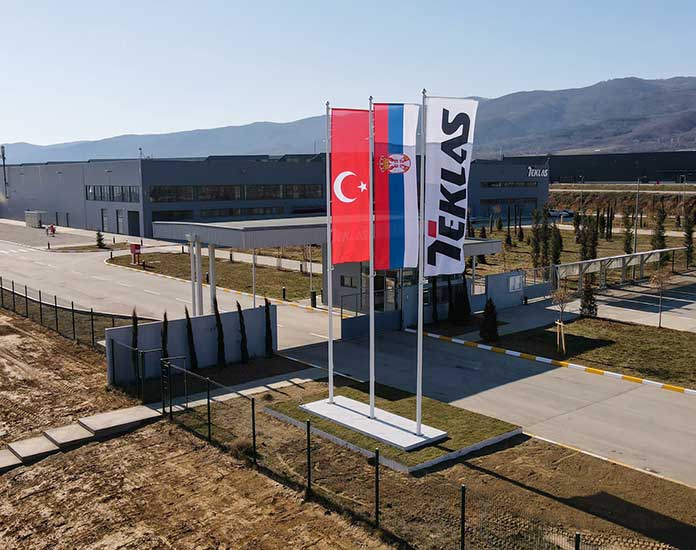 “NEW PLANTS WILL BE OPENED”

Vucic added that “People misinterpret these principles. We do not invest in the plant, but in people. We are striving for ensuring that people in Vranje and Vladicin Han have a job. Apart from this plant, new plants will be opened in Bujanovac and Trgoviste in 2-3 years. I got Teklas CEO Nebi Anıl’s word on this.” 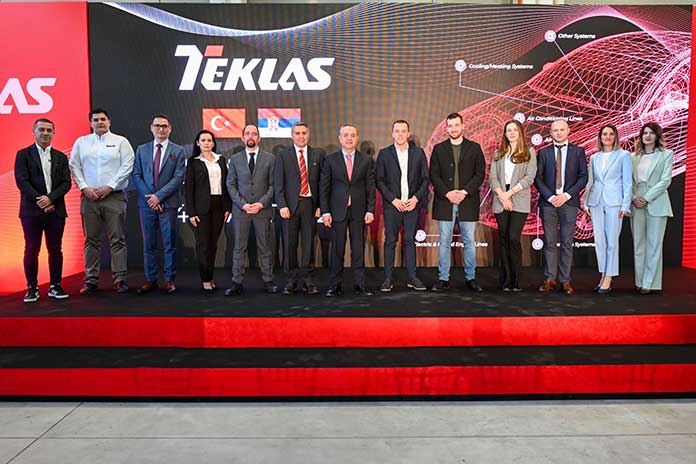 Having underlined the fact that Teklas, which operates in the automotive supply industry, is the 24th Turkish investment in Serbia, Turkey’s Ambassador to Serbia Mr. Aksoy stated that Teklas had started its investments in Serbia 6 years ago and the company was located at Vladicin Han. Aksoy stated that the number of employees in the plant opened in Vranje was currently 300, and it was planned to increase the total number of employees to 1,500 by the end of the year. Having stated that Turkey’s investments in Serbia are increasing day by day, Mr. Aksoy said, “The fact that Serbia has become a suitable environment for investment thanks to President Vucic’s vision and reinforcement continues to attract the attention of investors from many regions, including Turkey. Teklas has a special place among the 24 investments made. This is because it has been awarded the order of the state.”

Nebi Anıl, Member of the Board of Teklas and CEO of all plants that employ close to 6500 employees worldwide said: “Given the strength and quality of the work, the position and base of the government for foreign investors, Serbia is the most logical location to invest in Europe.  If you ask why Serbia, I can say that the reason is not low cost, but the best cost. The quality of employees is an addition to this. Thanks to this investment, we, our employees and entire Serbia will win.” Having said that it is planned to employ about 1,500 workers at the factory, CEO Nebi Anıl added that the first facility of the company in Serbia had been opened in the town of Vladicin Han in 2016 and that about a thousand workers had been hired. Referring to the total annual turnover of both plants, Mr. Anıl said that “We hope to achieve a turnover of 250 million euros”. According to the Teklas website, the company operates 10 plants in the United States, Mexico, Serbia, China, Bulgaria and Turkey, with additional sales offices in Germany and France.

Having established in Istanbul in 1971 as a world brand with 100% Turkish capital Teklas has been serving the automotive main industry sector for 50 years. Teklas is the strongest supplier of the world’s most important vehicle manufacturers with 11 production plants in 6 different countries and more than 6 thousand employees. By exporting 90% of its production, Teklas develops high value-added and innovative systems for the markets of 35 different countries and also transfers technology.

With the vision of becoming the number one player in fluid systems used in cooling and heating lines in the global automotive industry, Teklas continues its operations in 3 production plants in Gebze, the headquarters of which is located at Gebze Muallimköy, and has 1 production plant in Bartın. In addition, Teklas maintains its presence in many parts of the world with its plants in Mexico, Bulgaria, Serbia, China and the USA, which was established during the pandemic.